Calling from the Sky 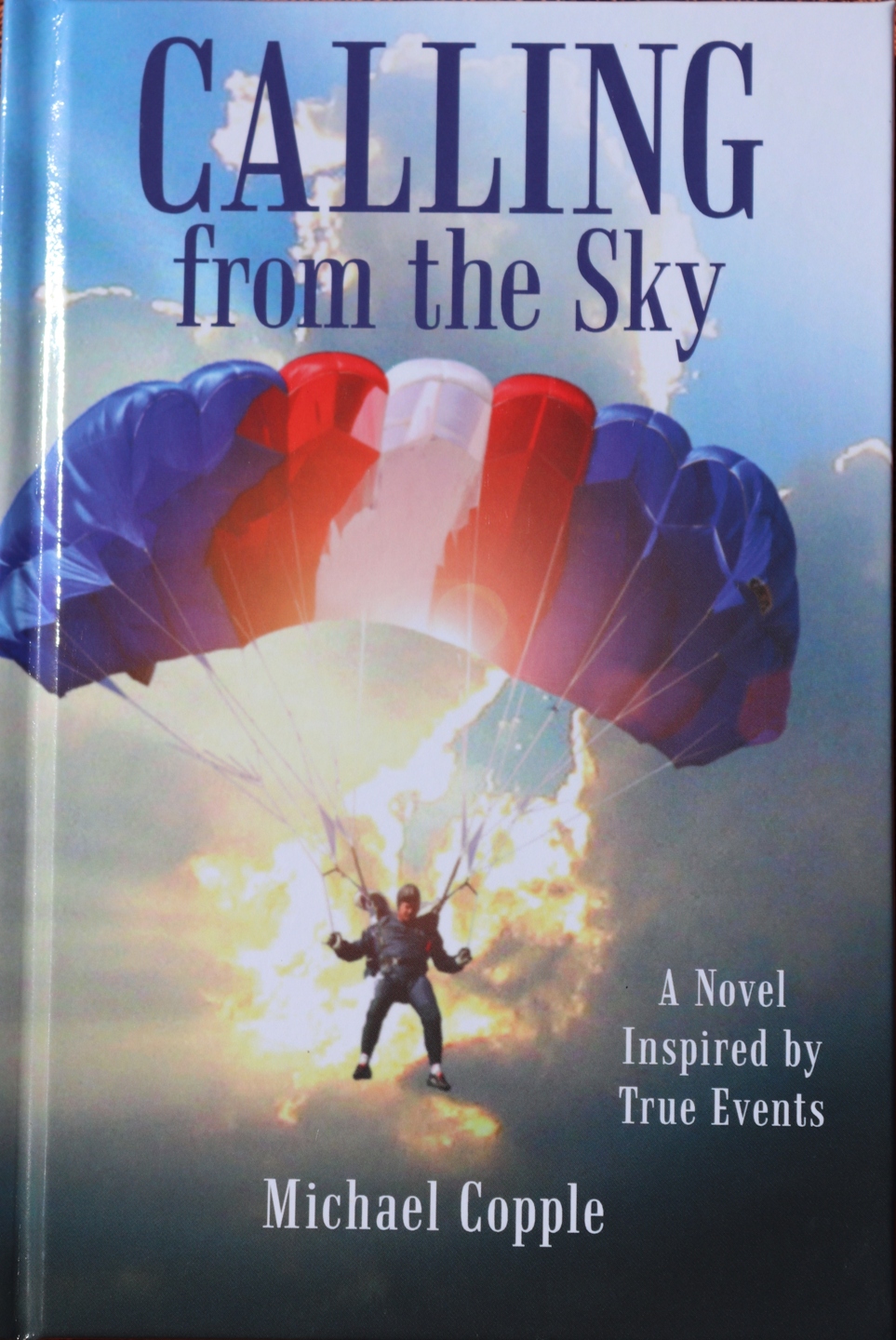 Luke joined the Air Force in 1961. He unintentionally leaked classified information to Soviet spies. Reporting the incident setts off a chain of events that soon has Luke in the crosshairs of a vengeance plot. One day he wakes up to find himself strapped to a tree with his arm stretched out, his hand tied to a fishing line attached to his hair-triggered hunting rifle, aimed directly at his mouth. Isolated in the forest, will he be able to get out of this one alive?

Order Now!
About the Book

CALLING FROM THE SKY is a Novel Inspired by True Events.
Written by a US Air Force, Chief Master Sergeant (ret), Jump Master at the Air Force Academy, 2,000 jump skydiver, a senior NCO Air Force leader and Combat Control veteran.
Michael, who experienced these parachuting malfunctions, gives detailed descriptions of the malfunctions and handling of the incidents. The parachuting incidents and malfunctions are authentic, but the causes of the malfunctions are fictitious wrapped in a Russian spy, action loaded suspense story which will keep you captivated and engaged from beginning to end, flipping pages and hooked until the last page. This book not only covers action, intrigue, suspense, romance, and humor but also educates on the Word of God, world history, KGB training practices, as well as on geography in Russia and the States. It presents a life of service to country, family and eventually God.

EXCERPT
CALLING FROM THE SKY

“Now, Mr. Squealer, as you can see, we are not going to kill you. Instead, you are going to kill yourself.”
“Yeah,” Green chirped in, “as soon as your arm becomes too heavy to hold out in front any longer, it will fall, pulling the line tight, and your nicely adjusted hair-triggered hunting rifle will fire…and it is, as you can see, aimed directly at your mouth!”
Green and the others departed.
Luke was bleeding and in pain. His extended arm was beginning to ache. He tried to relax and make the pain go away. It worked…for a few seconds. He took some deep breaths and tried to relax. He tried to think positive thoughts. Maybe someone will come by and find me. Not too likely though. Archery season has just begun. But it’s getting late in the day. Maybe someone is up here scouting out the area. Not likely either; it’s almost dark.
Taking deep breaths was working. He could relax his shoulder, upper arm, and forearm and make them all feel lighter. But the burning sensation didn’t stop.
He thought about his family and the eight previous times he narrowly escaped death, and for a fleeting second he recalled the superstitious saying “A cat has only nine lives.” The present predicament was his ninth.

Amazon – Review
The “Top Gun” Equivalent of USAF and USAF Academy Parachute Operations – Did it happen or not?
As an Air Force F-15 pilot and member of the USAF Academy “Wings of Blue” Parachute team, I found this book compelling in challenging me to wonder if these events really happened or not. We all assume the stuff in Top Gun was true as the story unfolds. In a similar way, Mike Copple as a senior NCO Air Force leader and Combat Control veteran ties a sterling career of service to our country together with an intriguing skydiving adventure story. The real lesson is one that many of us have learned in life much later than we should have, and that is that family and faith are the core values that sustain life.
I would recommend this book to anyone who wants a fascinating fast read “novel” (or it is true?), those interested in the Air Force or Air Force Academy, special operations, or skydiving enthusiasts. For Christians looking for a written witness from an amazing leader, this book is it.
Eagle Driver, Colorado – USA

Preview
Disclosure of Material Connection: Some of the links in the page above are "affiliate links." This means if you click on the link and purchase the item, I will receive an affiliate commission. I am disclosing this in accordance with the Federal Trade Commission's 16 CFR, Part 255: "Guides Concerning the Use of Endorsements and Testimonials in Advertising."